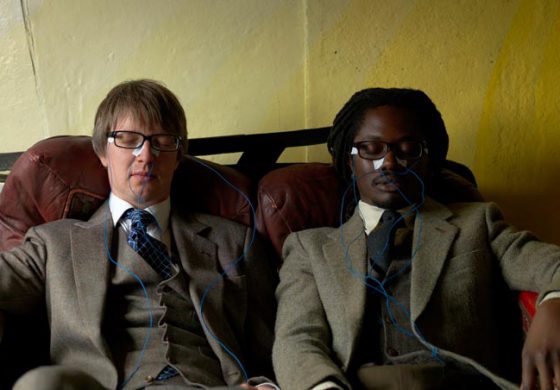 ‘Still (the) Barbarians’ is the title given by guest curator Koyo Kouoh to 2016 edition of EVA International, inspired by the biennial’s simultaneity with the centenary of the 1916 Easter Rising, a symbolic date in Ireland’s struggle for independence from its British coloniser. In her curatorial statement, Kouoh writes: “Ireland, which I consider the first and foremost laboratory of the British colonial enterprise, has always been a fixture in my thinking on the psychological and political effects a system designed to humiliate and alienate can have on peoples’ soul”. The curator herein offers a glimpse into the architecture of her understanding of ‘the postcolonial condition’. Enfolding EVA into the centenary celebrations of a country’s defiant gesture against its coloniser has a political logic to it, but it also comes with the historical weight of Ireland’s own and a great many other countrys’ long ago encounters with colonialism. And while the biennial proffers a sturdy framework within which to address critical issues and cultural concerns, that the weight of past colonial worlds comes bearing down on the visitor through a programme that puts historical suffering and injustice centre stage does raise questions. As does a biennial of contemporary art’s presentation of collective past’s persistence in the present, a vein running through the exhibitions. For better or for worse, predicaments of the here and now and art practice enlivened with the thrill of the contemporary, get intermittent oxygen supply. 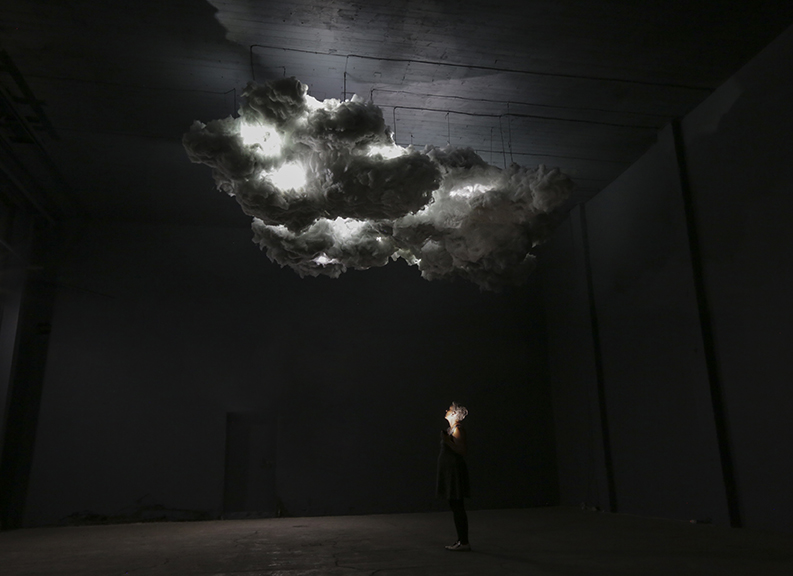 Alfredo Jarr’s contribution, which not only finds a way to ‘breath’ in this sense but to take the breath away, lightens the historical weight of its subject matter with the deceptive weightlessness of the cloud: condensing the laws of physics in his cloud metaphor allows the artist to make apparent the universal and cyclical aspects of migration; so too does he make clear the futility of perceiving the current migrant crisis in Europe as a problem in need of solving, when, like the rain cloud, it is in the very nature of migration to be recurring. With his polyester cloud, Jarr, who announces in his artist statement that art is 99% thinking and 1% making, forges the strongest link between aesthetics and politics. This is also among several works with least connection to the Rising or arguably postcolonialism—if conflicts and economic uncertainty in different parts of the world today are not to be exclusively connected to European Overseas Empires dating back to the 15th Century. 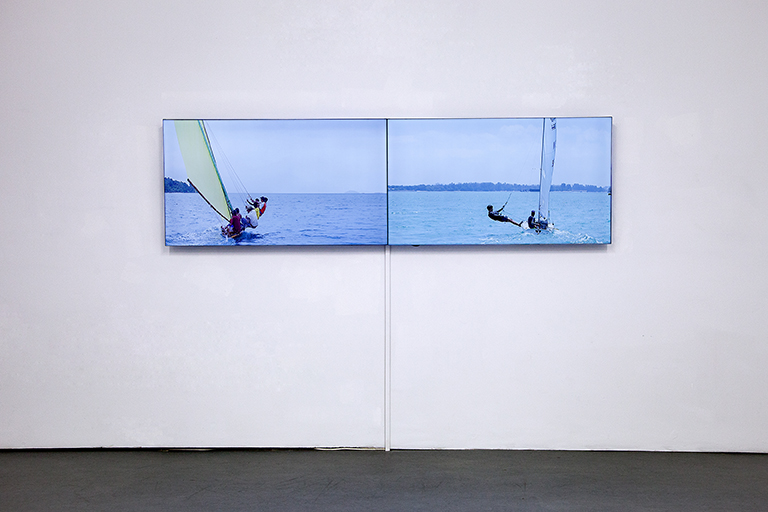 Forming part of this same non-Centenary group is another stand out work: Charles Lim Yi Yong’s Stealing the Trapeze (2016). A split screen presents two boating exercises,  distinct from and yet mirroring one another, underway in what is probably somewhere in the South China Sea. Boat design—a high tech racing yacht versus a traditional catamaran type vessel—and steermanship make obvious the contrast between a sporting activity enjoyed by an elite versus the labour indivisible from seafaring for livelihood. While the artistic intentionality with which the artist has used the medium of video here is very apparent, this is not as clear in some other works using video showing in Cleeves Condensed Milk Factory, a vast industrial complex lying idle from the 1980s up to its purchase by Limerick City Council in 2012 and still bearing relic signage with the instructions like ‘Don’t Forget/Wash Your Hands After Eating’ or ‘Visitors Report to Security Hut’. Alan Phelan’s video excerpts of a recorded interview with Colm O’Gorman, Director of Amnesty International in Ireland, ties history to still on-going social issues, while Kader Attia’s Reason’s Oxymorons (2015) is a thematically organised archive of the talking heads of philosophers, ethnologists, historians, psychiatrists, psychoanalysts, musicologists, patients, healers, fetishists and others who demonstrate the encounter between Western science and psychopathologies to be found in non-Western traditional societies. Both video-works force the question of what the placement of talking head interviews in a gallery demand of the audience. When there are over 57 artists’ works to see and engage with across the biennial, where do Oxymoron’s 120 hours of footage factor in the time plan? And is the departure from showing the videos in individually partitioned cubicles in the manner of previous installs, instead clumping the computer monitors together on tables arranged in a circle, for the betterment of the work or reflection of a diminishing biennial budget? 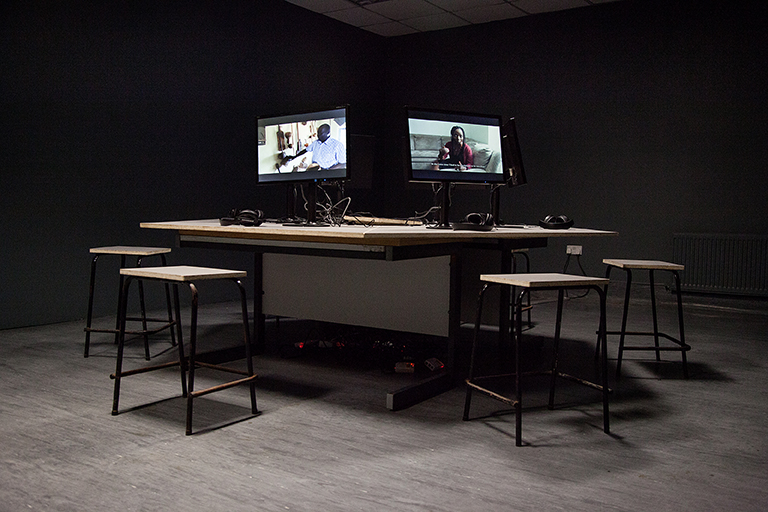 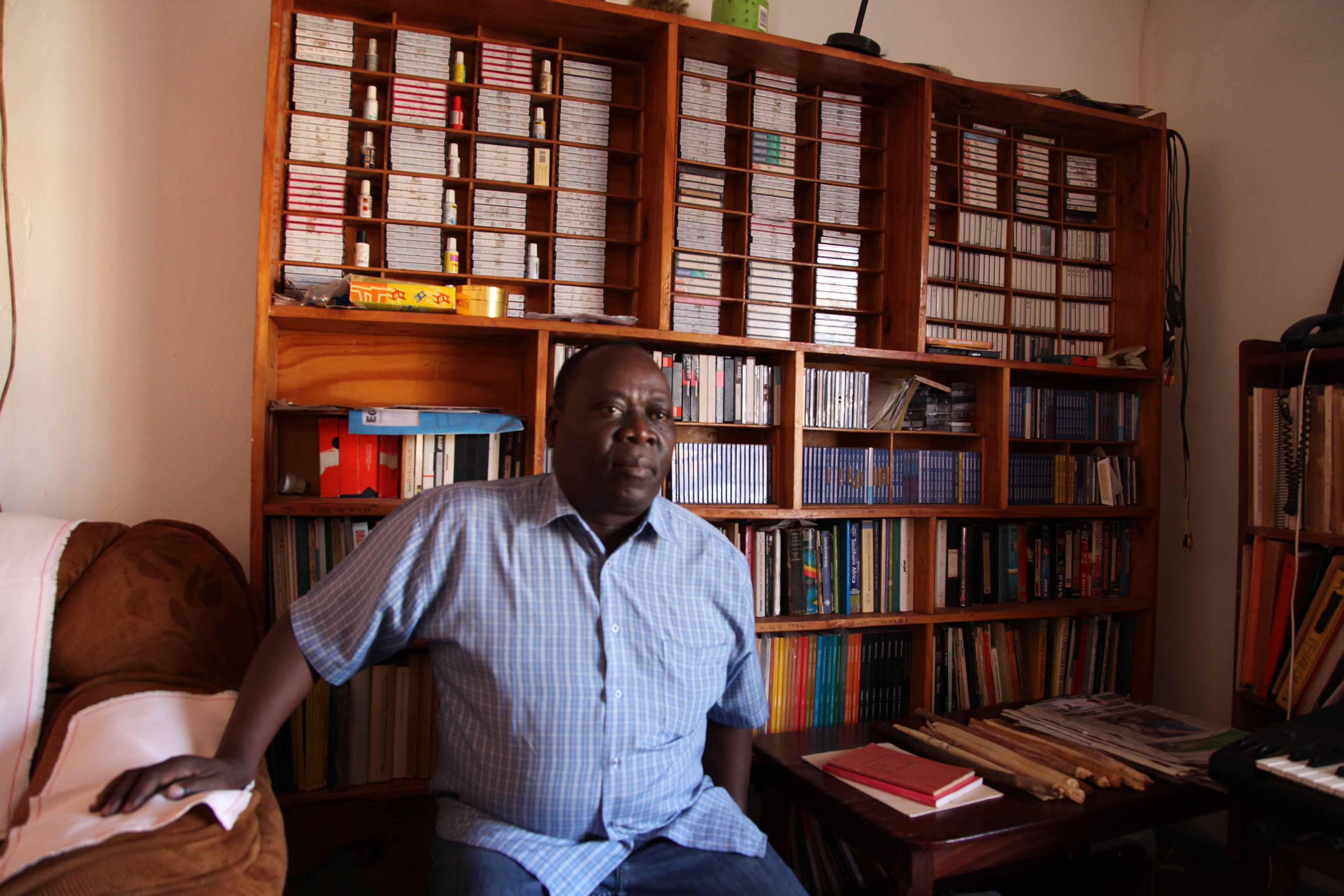 Sarah Pierce’s video work suffers a similar fate. Using a landmark documentary film from the archives of 1960s cinema, Jean Rouch and Edgar Morin’s Chronicle of a Summer, as a model, Pierce stages conversations between students in four different cities subsequent to viewing the film which is used as a trigger for recontextualising the question—‘Are you happy’—around which the original documentary work was structured. The sound feed translates all of the conversations alike into English, flattening out their differences in the monotony of its recantation, vocalizing a theoretical underpinning of the work—the distorting effects of mediation. Pierce’s position as a practice based PhD scholar during the period in which this work was made raises the possibility of its development as part of this critical inquiry. While practice based research is premised on the potential for theory to be embedded in art works and practices and that recognition of such from within the academy should be forthcoming, less of a conversation has taken place around what gallery exhibition and wider circulation of work born of the PhD practice based research model spells for what gets understood as contemporary art. The preponderance of artists pursuing PhDs and which are out in force in this year’s EVA makes for the timeliness of a discussion attending to the implications of the professionalization and standardization of artistic research that goes hand in hand with an institution’s awarding of the doctoral degree. Also in Cleeves Condensed Milk Factory are David Blandy and Larry Achiampong’s Finding Fanon 1 and Finding Fanon 2 (both 2015), occupying what is very much a different time and space to the majority of other video works on display. Grand Theft Auto’s in-game video editor, personal testimony, found text and images and Machinima—the gamer culture platform—are all in the mix of two video works using the tools of simulation and the look and sound of contemporary digital culture to explore the imprint of the postcolonial on future scenarios and identities.

Kouoh has been vocal about the pressures of staging a biennial with a paltry budget of 220,000 Euros, and has made a strong case for the postcolonial lens in her curation. Not to underestimate how fleet-footed a curator Kouoh is for working against financial odds and marshaling the past into the contemporary, I cannot but help feel that although Ireland is a postcolonial country, it and the City of Limerick—the exhibition’s primary audience—has been victim to and revisiting its past through so many cultural modes for too long now. Is it not time to look for the new Barbarians?

Aileen Blaney is a writer, researcher and faculty at Srishti Institute of Art, Design and Technology.

To See with Your Ear

To See with Your Ear