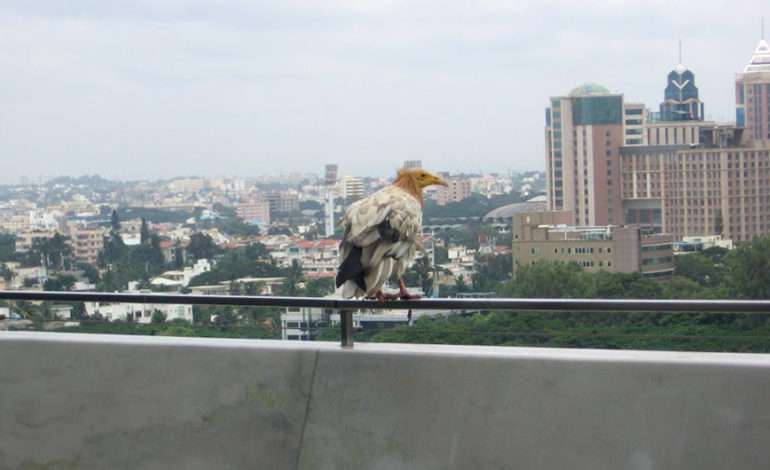 Landscapes of Urban Memory: The Sacred and the Civic in India’s High‐Tech City. By Smriti Srinivas. Minneapolis: University of Minnesota Press, 2001

Bombay Cinema: An Archive of the City. By Ranjani Mazumdar. Minneapolis: University of Minnesota Press, 2007.

With a growing interest in the applications of disciplinary history in the public domain, and the rise of institutions that support the dissemination of historical knowledge in South Asia, using public and oral history as constructive methodologies, there is a need to supplement the archive and the museum, the traditional repositories of curated historical material with other ways of conceiving the presence of history—particularly in and of public spaces.

The two books under discussion here may not be recent publications, but nevertheless add useful dimensions to the burgeoning field of public history in South Asia. Smriti Srinivas’ Landscapes of Urban Memory: The Sacred and the Civic in India’s High-Tech City (2001) and Ranjani Mazumdar’s Bombay Cinema: An Archive of the City (2007) each complicate the notion of the archive in relation to public memory in metropolitan urban spaces in India and add textured richness to spaces that seem already all too familiar or perhaps even overdetermined. Therefore, these monographs have purchase beyond social anthropology and cinema studies—the fields they situate themselves in—and are especially useful for theorists and practitioners of public history.

In Srinivas’ Landscapes of Urban Memory she postulates the notion of a “landscape of memory” which does not displace the “oral, somatic, and kinetic traditions of relating to urban spaces with “sites for the artificial production of regional and national memories—museums, political and religious monuments, nature parks, and recreation sites” (Srinivas 2001: xxv). She further adds that the construction of the “civic” as part of “teleological and economistic” frameworks has done disservice to the multiplicity of voices within the public sphere and indeed the “multiple public spheres” themselves (Srinivas 2001: xxvii). Srinivas makes us journey through the many tapestries that hue the history of the city we know as India’s Silicon Valley today. Starting from the mythology of Kempe Gowda as the founder of the city to the various industrial developments that have marked the city’s transition from a colonial military base to a postcolonial technocratic city.

It is in the ritualisation of what Srinivas terms “urban sacrality” that her analysis of performativity and public space becomes the most well-articulated. In focussing on the Karaga jatre (procession) practised by the Vahinkula Kshatriya community, in addition to rituals observed by Christians and Muslims, Srinivas stresses how the annual jatre subverts the popular monikers associated with Bangalore. She says, “In contrast to [the ‘garden city’, ‘science city’, etc.] the Karaga jatre produces and celebrates another landscape, the ‘gardener’s city’ or the ‘city of the children of fire’…unlike the archives of a library or museum, the protocol of urban memory activated in the Karaga jatre is enactment and embodiment” (Srinivas 2001: 33).

Spread across chapters, Srinivas’ documentation of the Karaga is an evocative analysis of the temporalities and spatialities that make the festival transcend its religious origins. She lays out the routes that the jatre took, starting from the Dharamaraja temple, but also illustrating the small traders it supported through the KR Market as one among many nodes of the route, and the role of the keres (tanks) as not just a “form of urban organization” or “water harvesting structure”, but also their geographical and ritualistic religious uses as “an artificially created receptacle for storing water (katte kunte), a natural pond for the provision of drinking water and for washing (kola), a well (bhavi), and an artificial reservoir near a temple (kalyani)” (Srinivas 2001: 43).

Through her meticulously combined ethnographic and archival research, Srinivas makes a strong case for the idea that the “public sphere is dispersed in many sites”—a lesson that I think allows public historians to think across diverse scales that are plural and granular at once—not privileging the micro over the macro or vice versa (Srinivas 2001: 63). The “oral” and “kinetic” aspects of the jatre further elucidate the fluidity of spatialised constructions through what she calls “living memory” making possible urbanisms that are gendered, classed, and stratified in various ways across space and time (Srinivas 2001: 231). Although she briefly alludes to it, greater attention to the filmic and televised depictions of the Karaga and their role in the preservation of the “living memory” would have allowed readers to see the role of mass media in disseminating historical knowledge and the kinds of narratives engendered thereby.

Mazumdar’s Bombay Cinema: An Archive of the City seeks to address just that gap. She makes the provocative argument that “Indian modernity” has been typically represented by “categories of nationalism, the state, the mode of production, ideology, and secularism”, which often subsumes the “texture, fluidity, and fragmentary character of urban life”, and she seeks to offer a corrective to that, with her suggestion that cinema has been the “hidden archive” of the “Indian modern” and indeed the “urban” too (Mazumdar 2007: xxxiv). In a study that spans the embodied and spatialised nature of Bombay cinema, Mazumdar convincingly illustrates “cinema’s ability to surprise us with mediation on everyday life and experience” (Mazumdar 2007: xxxvii).

In her revisiting of archetypes associated with Bollywood films, such as the “angry young man”, the “tapori” or the “vamp”, Mazumdar highlights the moral and affective contours of these categorisations that can be mapped onto public memory. The angry young man prevalent during the reign of Amitabh Bachchan in the 1970s and ’80s, she suggests, is “an anger that mobilized the experience of alienation and suffering to navigate an urban geography and also to lash out at a system of social injustice” (Mazumdar 2007: 1). Similarly, the tapori (vagabond) that dominated the ’90s, is “rooted in the hybrid cultures of Bombay’s multilingual and regional diversity”, using the Bambaiyya language as a “weapon” (Mazumdar 2007: 41). The place of masculinity in articulating a certain sense of urbanism, then, comes through in these sections to show us the ways in which cinema itself becomes both an index and repository of popular ideals of gender situated in urban areas.

It is in her powerful analysis of the gendered production of urban cinematic space that Mazumdar draws links between the gendered city and cinematic tropes. Quoting Satyajit Ray, who described Bombay as an “overpainted courtesan” that was “at once seductive and revolting”, she shows us the moral codes that paint the binary of virtue and sin as mapped onto the heroine and vamp respectively (Mazumdar 2007: 83). As cinema and Bombay as a city grew into the twenty-first century, the boundaries between heroine and vamp have blurred to the extent that it has allowed a “novel experience of flanerie generated by the new visual cultures of globalization” (Mazumdar 2007: 86). The figure of the flaneur, then, also serves as an entry point for a public historian to recover the complex urbanisms that reside in the cinematic archive and map it onto the changing nature of the South Asian metropolis.

Cinema acts as a conduit to explore other forms of mass media as means of dissemination for the public historian, too, and in that sense, Mazumdar’s project demonstrates that media can be used as much as an archive as it can as a tool for public historians interested in urban spaces. Indeed, as she argues, “(t)he rapid diversification of audiences, the rise of multiplexes, and the strengthening of institutional and informal censorship in recent years have pushed the cinematic archive to innovate and adopt new modes of engagement with the city” (Mazumdar 2007: 197-8). One wishes that there was an engagement with the publics that consume cinema and thereby activate a certain kind of archive—that flirts with morality and legality as much as it does with temporality and spatiality. How have technologies mediated the experience of the cinematic archive, for example, and how does nostalgia for the past refract itself through the consumption of Bollywood cinema globally?

Both monographs provide excellent source material for a public historian to think beyond the archive, museum, or historic monument, and defamiliarise the everyday and the ordinary to uncover alternative archives that also challenge the linearity of space and time in much the same way that memory does. They reiterate that history in public spaces can be experienced visually, orally, somatically, and indeed kinetically too, and the challenge for public historians in South Asia today is to add to the myriad possibilities that such a view of historical knowledge can offer.

Archit Guha is a graduate student in History and Anthropology at the University of Chicago and previously worked at the Center for Public History at the Srishti Institute of Art, Design and Technology.