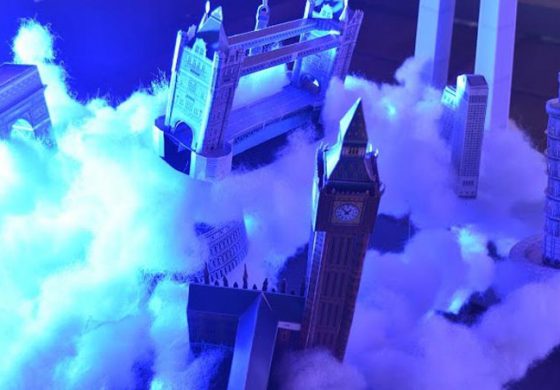 The journal Unbound would not have been possible without the unique intellectual milieu of Srishti Institute of Art, Design and Technology. So we strongly felt that the inaugural issue of the journal should have the views of its founder/director Geetha Narayanan, not because she is the head of the institution but because she is one of the few heads of the institution in India who is an educator in the full sense of the term. Though not a trained designer, Geetha has creatively used design to think about pedagogy. We approached her with a broad set of questions around the place of design in her conception of education. Here she articulates her deeply thought-out views on a cluster of issues ranging from institution building, curriculum design and what neo-liberalism has done to education, to her vision for higher learning in India and what it means to believe in India.

Vivek: The idea was to have your views on design as you have thought about it not only as a field but also philosophically. If I recall correctly, you said that design for you is a tool to fight the memes that take root in education and in many other fields too. That I thought was a fascinating remark since earlier we used to think of ideology-critique but this is a novel way of conceiving of that task.

Geetha: The different tool came I think from the long journey of ideological critiques and interventions that have failed in the educational space. Unlike earlier, say the Kothari commission, which was lead by someone of public eminence, the current educational policy, yet to be revealed by the government, and it has not had any public intellectual or academic attach his/her name to it. Earlier, whether we agreed with it or not, we knew that there was a format. What is increasingly happening now in education is that the format and the outcomes and everything else are pre-decided. And we ourselves are lost as to how to create change.

May be to change is to go back – not only to move forward. History tells us that there is much in the past that we could value, particularly critical discourse, the ability to actually review things that are happening in a contemporary sense with the lens of the past, a historical lens.

So what I came to understand is that our critical interventions were failing—and by failing I mean that they were not becoming part of mainstream discourse. That is to say, if you do something in education and it’s perceived as valuable, then it should have other people who take it forward, whether they write papers about it or do PhDs about it or whether they build institutions around it. Let me take an example: the notion of critical pedagogy. The language of critique itself is something that in my view is inherently democratic. For the critique to emerge it is necessary to build a community of people through academia, who are capable of critical discourse – in democratic forums, not just in academic forums. And this community is not seen as dissenting voices or as unpopular voices, but they are seen as voices that have a certain credible research, scholarship, facts and figures behind them. This language, which I call the language of critical pedagogy, seems to be undermined in India and in other parts of the world by the language of markets. There’s this argument that critical pedagogy is for public good and market dynamics is for private good. So when funding of, say, the universities come from private philanthropic people, this discourse becomes less and less critical.

My interventions failed many times. So I thought what I am looking for has to come from something that is disruptive. I found that this idea that we could disrupt memes by creating circumstances where equilibrium is disturbed and which will allow people to question came from my study of evolutionary biology. The conservation of memes happens in the rapidly changing Indian educational environment, where market forces operate. Philanthropic institutions such as the Tatas, on the other hand, have given us many public institutions such as the Indian Institute of Science, TIFR etc. which are today free and open.

So what are we looking for? Where do people conserve ideas about education? Where do people allow for new ideas to grow? New ideas do not come from anywhere, they come from the past, they are historical, evolutionary, they have a DNA in our culture, in our society, and we must look backwards at the roots of that DNA and which is something people don’t do. A new product has a historical genesis, which could be cultural or physical. So my argument was, how to create mechanisms that could go out to disrupt. And design, I felt, was really something that could disrupt because it tended to be observational. Also, it had not got a lot of theory yet, and because it didn’t have a critical discourse that was several hundred years of old, you could actually invent a position if you like,.

Design allows you to look at something empirically and observationally, without looking at it historically. Its history perhaps goes back to the Industrial Revolution – Bauhaus and contemporary discourse on Industrial design started after the Great War, so we are really not looking at something with much more history than that. So I embraced design as a way of trying to puncture equilibrium, and hoping that a language of criticality through observation of oneself would emerge.

I have been embracing that position now for some time. And I think what has happened in that time is that the neo-liberal adoption of design has come to stay which goes counter to what I am saying. The current maker culture – we have “make in India,” we have Indian Design Mart, all these are now agendas through which the language of the market and the language of contemporary competitive advantage-based strategies have come into design. The fact that we now have an India Design Forum, an India Design Council, an India Design Mart – these are now branding design, with a view of positioning ourselves as one or the other. My own worry at this moment is: is design enough? So I feel that the School of New Humanities and Design will perhaps puncture the equilibrium next. Because through this we are trying to reframe the Humanities and look at Humanities – technology has provided a huge disruption in the field of Humanities – may be not in its guiding principles, but definitely in its methods and tools. May be this new hybrid that comes from New Humanities and Design might allow, not the whole world, but at least to us here in Srishti, to have a critical chart, pathway, a vehicle, something that will have momentum. It can’t be static – a chariot, if you like, that allows you to gallop a little bit forward. That’s a long answer to a short question.