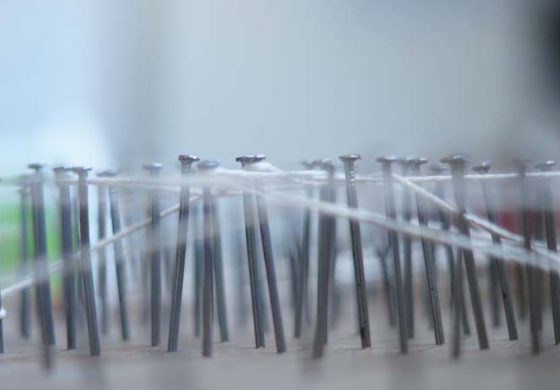 The Liberal and the Nationalist

In recent days the idea of nationalism has again come into focus in mainstream political discussions in India. Those critical of the idea (‘liberals’), have usually attempted to contain the concept of nationalism by showing how it is used to mobilize certain constituencies for a right-of-centre political imagination. Apologists for nationalism (‘nationalists’) have made a strong pitch for recognizing the cultural uniqueness of Indian polity and making it an important plank for discussing matters of public life and statecraft. In this article, I argue that the standard liberal strategy of dissolving the concept of nationalism by showing it to be a surreptitious tool in a game of political power is unsatisfactory. Equally unsatisfactory is the nationalists’ method of gaining ground in this debate by invoking a catch-all idea of an Indian nation without delineating the exact implications of such a claim. I argue that claims about nationalism contain a significant, albeit distorted, appreciation of the political relationship between communities and modern states. However, I also try to show that both liberals and nationalists have a common, and untenable, notion of community underlying their claims.

Contemporary liberal political discourse depends upon characteristically ‘thin’ concepts such as rights, freedom, tolerance, and social justice. They stand in opposition to the typically ‘thick’ concepts through which communities articulate and mediate their interests in a modern democracy.[1] The idea of the nation is at the fulcrum of this connection, such that, when liberals use it, they take it to represent citizens in the abstract. In fact, the liberal evocation of the concept of nation, and derivatively nationalism (in instances where they claim to be nationalists, such as when taking an anti-colonial stance) is somewhat lukewarm; for them, the primary concepts are rights, freedoms and social justice and the nation is simply the location where these come into play. Since the contemporary world is divided into sovereign nation-states, the concept of nation is needed in their political vocabulary for the advocacy of freedoms and rights.

In contrast, when the nationalists use the idea of the nation they hope to peg certain substantive notions on it. The claim is that the nation, a unique community characterized by a unique past, has a significant bearing upon the state in which the community finds itself. Here, I have reformulated the classical nationalist claim that nations are sovereign units into an idiom of communities and their pasts. This enables me to bypass questions such as why, how and whether a human community is sovereign and to focus on how to make sense of the idiom of sovereignty. My suggestion is the following: if we accept that ‘sovereignty’ is a name for giving the law unto oneself, then we could ask why it would not be sufficient if others gave us the law, in so far as that law is just and equitable. The answer is that others cannot give us just laws because others are not privy to our experiences, that is, others are not privy to our unique pasts. Since given laws are but abstractions of laws held dear by custom, the unique past of a community is a necessary aspect of the law. Therefore, written into the very idea of nationalism is some kind of recognition of cultural differences and the need to recognize that difference in the conduct of the business of a polity. From another standpoint too, in India, the substantive issue raised by the nationalists, that of the relationship between communities and statecraft, cannot be brushed aside as mere remnants of a conflict between backward and yet-to-be-modernized groups and a modern, liberal state. After all, these supposedly backward and yet-to-be-modernized groups are equal and legitimate constituents of the modern republic of India.

Globally too academic scholarship has attempted to handle nationalism largely as a rhetorical prejudice;[2] that is, their emphasis has been on accounting for how the claims begotten by nationalism and the nationalistic attitude emerged.[3] Though important insights have been generated thereby, this scholarship fails to account for the cognitive charge of the nationalist tenet that nations are the legitimate bearers of sovereignty. In fact, in the substance of this argument, there appears to be hardly any room for controversy: we cannot imagine a Benedict Anderson or an Ernest Gellner opposing a nationalist claim for self-rule or an anti-colonial claim for self-determination in most normal circumstances. In other words, the normative claims of nationalism are persuasive in the same way that human rights, freedom and other lofty liberal norms are persuasive. Thus nationalism is more than a mere rhetorical prejudice and there is no escape from this if one has to account for it. That nationalist claims have not exactly resulted in benign consequences, by itself does not discount its cognitive charge. Rather, we require a critical understanding of nationalism by developing an analysis which is sensitive to the sources from which it draws legitimacy, chief among them, the concepts of tradition and community, and the dynamics of its interaction with those sources.

We need to add another point here regarding our usual analytical strategies in dealing with nationalism in contemporary India. The sociological explanation for the rise of a putative Hindu religious right, (the nationalist party in India by self-definition) is that it is a symptom of the growing hegemony of the mercantile and priestly classes, mostly from urban India. The way by which such a pan-Indian hegemony can be maintained, goes the explanation, is by forging an imagined community, somewhat loosely defined on religious and civilizational lines.[4] Despite the plausibility of such an explanation, it does not help us understand either the so-called Hindu religious right or the ideas that animate that politics. This sociological strategy does not offer the much-needed explanation about the nature of the Hindu right. Instead it attempts to explain a subsidiary question, which is about the material causes for the rise of such a politics. It might be a more fruitful analytical strategy to examine this phenomenon as involving outstanding issues in the life of many Indian communities and their relationship to the state, which cannot be articulated within the limits of a liberal political vocabulary. Nationalism in India, at least as this constituency has it, is code for such issues and ways of talking about them. If giving voice to such a sentiment is at the basis of the success of this brand of politics, then, it is to that sentiment we must turn our attention.