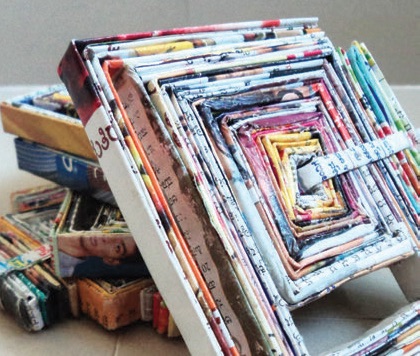 Bloom sees the expression of this relativism in arguments for the removal of core requirements to study the Great Books and in the encouragement of the study of other cultures in order to establish a “world-community” devoid of prejudice, giving students the impression that no particular studies are more important to human life than the others. The claims of the multiculturalists who challenge the Western canon on the grounds that it is in large part oppressive, imperialist, Eurocentric and patriarchal, for Bloom, is a denial of the intellectual merit of the Western canon and the nature of its historical influence.[4] The multicultural argument that one is essentially defined by one’s culture, that all cultures are morally and intellectually equally valid and one cannot criticize any culture or tradition from an “objective standpoint,” however repugnant the culture/tradition, for Bloom, goes against the very grain of liberal education which aims to liberate people from their particular, community backgrounds by making available a notion of good life that is of universal value. The view is, as John Searle puts it elsewhere, “that one achieves one’s maximum intellectual potential by coming to see oneself as part of a universal human species with a universal human culture”[5] and people irrespective of their local, community backgrounds are invited to be part of a larger intellectual community.

What role then does Bloom see for culture in such a university? Not much. Introducing the distinction between what is one’s own and the good, Bloom defines the “firm binding of the good with one’s own and a refusal to make a distinction between the two,”[6] as the condition of culture. The introduction of courses that initiate undergraduates into a study of non-Western cultures in the name of multiculturalism therefore only further encourages passionate loyalty to their own ways and away from the notion of education that is expected to liberate them from it. Science comes to be seen as a threat to culture and students find themselves caught between “goodness of knowing and the goodness of culture, where they have been placed by their teachers who no longer have the resources to guide them.”[7] Culture or allegiances to one’s own ways of living, in Bloom’s idea of liberal education, then is the very opposite to knowing the best possible good life.

It is in only the Western nations under the influence of ancient philosophy, and here Bloom makes a remarkable claim, that one can find some “willingness to doubt the identification of the good with one’s own ways.”[8] For it is the ancient Greeks and Romans, Bloom points out, who were among the first to make the crucial distinction between what is one’s own and the good and realize that what is given by one’s own culture cannot make one content and fully human. However, Bloom claims that the Greeks did not propose the study of other cultures as a way to judge the limitations of their culture (a point that, we shall see, will be contradicted by Nussbaum). It is by turning to nature that they found the standard to judge their lives and the lives of others. The dogmatic assertion today that thought is culture-bound and that there is no nature makes educationists see exploring other cultures as a solution to the limitations of our culture and times. Thus for Bloom, culture is a limitation that must overcome by science, which is “what is accessible to all men as men through their common and distinctive faculty, reason.[9]”

What is most characteristic of the West is science, particularly understood as the quest to know nature and the consequent denigration of convention—i.e., culture or the West understood as a culture—in favor of what is accessible to all men as men through their common and distinctive faculty, reason. Science’s latest attempts to grasp the human situation—cultural relativism, historicism, the fact-value distinction—are the suicide of science. Culture, hence closedness, reigns supreme. Openness to closedness is what we teach.

Cultural relativism succeeds in destroying the West’s universal or intellectually imperialistic claims, leaving it to be just another culture. So there is equality in the republic of cultures. [10]

Bloom’s solution to relativism is to restore the idea of liberal education where the study of the Great Books of Western tradition, particularly of Western Philosophy, more particularly of ancient Greek philosophy, occupied a prominent position. It is in these ancient texts that Bloom finds a view of “true” human nature that can combat present day relativism. It is in these works, adjudged best works from the past – philosophical, theological, literary and scientific – that we find standards that can rejuvenate current times. Calls for social equality in a democratic regime can blur these standards which the university is supposed to preserve and make available for subsequent ages.

The university for Bloom is thus essentially an “unpopular,” anti-democratic institution within a democracy but “for the sake of democracy.”[11] The university is not for cultivating an aristocracy as many might mistake it to be, but for preserving the freedom of mind where “philosophy as theoretical contemplation” can proceed unhindered. This is so because even while liberal democracy is essential for its existence, the awareness that the regime can also pose threats to its freedom by seriously impoverishing alternatives makes it essential to insulate the university from democracy’s homogenizing impulses and its pulls of equality. Hence, the institution for Bloom is not concerned with making accessible experiences that are already available in a democracy, because these are anyway present and nurtured at various other sites in a democracy. On the contrary, the university is meant to provide an education that makes accessible experiences that may not be easily available in a democracy. Such an education can only be for an elite, consisting largely of leisured classes who can devote time to lofty ideals, who have come to the university to ask the perennial question “What is man” and are on a journey to “know thyself,” to know the place of human beings in the order of things. To acquire a liberal education is a way to seek different alternatives to this question and the classical works of the past are the best place to find them.

Bloom’s book is capacious and has enough in it to rile various ideological factions – liberal, multiculturalists and feminists. In restating the goal of liberal education and its bold recognition of the problems that beset the contemporary university and tracing its sources, it is captivating. However, even from a purely educational ground, we can find several problems. One is Bloom’s evocation of the eternal truths of philosophy which we are supposed to discover through reason even while he makes a case for critical reasoning. That his idea of truth includes more than propositional truth is made clear by his invocation of the Great Books which include literary classics. However, what this notion of truth is when he is not referring to propositional truth remains vague and can easily turn into an absolutist conception. Thus, the canon in Bloom’s conception remains largely European. Even while Bloom makes the distinction between one’s own ways and good life, claiming that only the ancient Greeks and Western nations possess this distinction, he himself collapses the ways of Western traditions (and therefore the Western canon) with the best possible life. This conclusion is drawn without any study of non-Western cultures and what differing conceptions of good life they might have and whether these might provide formidable alternatives worthy of consideration and securing in our current times. While one may be convinced natural sciences are of universal value, the universal value of theoretical frameworks in humanities and social sciences has come under severe scrutiny in the last three decades and it cannot be easily assumed that the Western canon is an introduction to the best possible life and therefore more a part of science than culture as Bloom would like us to understand it.
Bloom’s insistence on envisaging philosophy as proceeding from sure metaphysical truths, requires him to make the traditional Cartesian separation between skills and reason/science where only the latter is in the province of the university.[12] As a result, Bloom fails to see that all forms of knowledge rest on practical knowledge (know-how/skills) and this includes the practice of theoretical contemplation. As Nelson Goodman argues, understanding is best thought along the lines of carpentry rather than computation and rightness (a matter of fit) and not truth may be better criteria that can be applied across forms of knowledge. Such a view takes in the arts, science, philosophy and our everyday worlds while recognizing the role of truth, which can be seen as a special case of rightness, restricted largely to specific kind of verbal descriptions.[13]

Thus, as a result of his focus on eternal truths which are buried in classical books, Bloom disinherits culture as a site of learning where one first learns through custom, example and through immersion in a practice. As a result science gets construed as the opposite of culture rather than see it as an outcome of a particular arrangement of learning practices of a culture, here, the Western culture. Though Bloom acknowledges the role of tradition in one’s life, Bloom’s adherence to the Kantian University (the faculty of Philosophy as theoretical contemplation through exercise of reason) ends up pitting the everyday world against the activity conducted in the university, instead of envisaging the difference in terms of degree and not kind. The idea of “an examined life,” which Bloom traces back to Socrates and sees as informing the idea of modern university, requires one to constantly subject one’s beliefs to the criterion of true and false. It involves a relentless criticism of oneself and one’s community, where the individual is constantly battling against the inadequacies of the community around oneself. Thus, it is not surprising that Bloom envisages the university as a place where only the most talented students would be able to turn to the best possible life, realizable only away from the mundane social and ethical life outside the university.

Nussbaum’s idea of “new” liberal education is partly a reaction to the idea of the university put forth by Bloom[14] and other defenders of traditional ideal of liberal education as well as to the strong utilitarian pulls in higher education. Let us see how Nussbaum frames the problem and what the nature of her solution is.